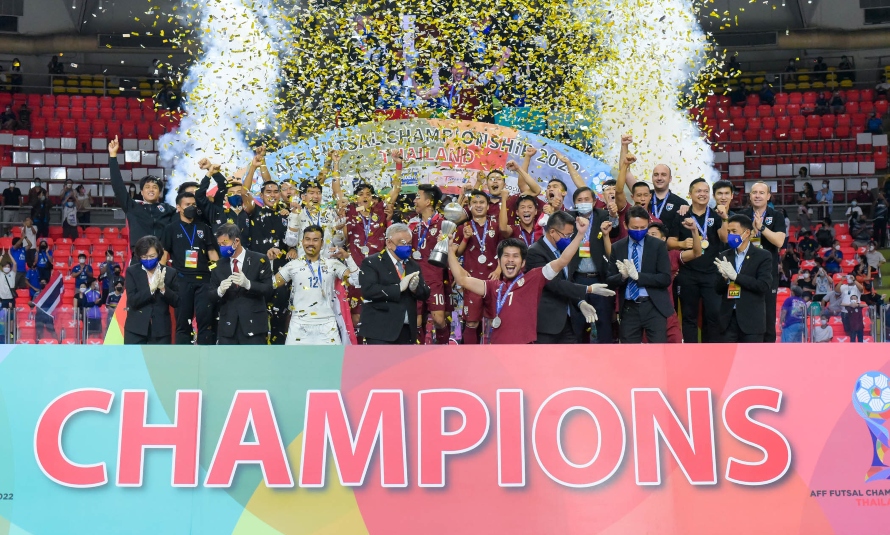 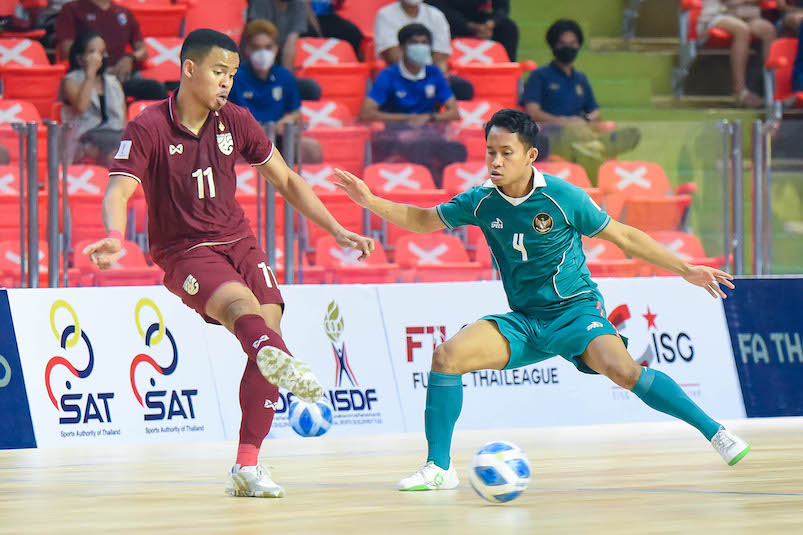 Thailand made it their sweet 16th title of the AFF Futsal Championship when they beat a resilient Indonesia side 5-3 on penalties after both teams were tied 2-2 at the end of extra time at the Indoor Stadium Huamark.

But the fairy tale ending was almost not to be for Thailand when they found themselves trailing the Indonesians for much of the exchange before a remarkable comeback right at the end.

“I have to congratulate my players for coming back into the game the way they did. These are young players are they are always learning. They showed a lot of heart in this tournament and I am very proud of them,” said Thailand head coach Carlos Cesar.

Playing in front of their home fans gave Thailand all the confidence they needed to take the initiative as they pressed Indonesia from the get-go.

But with Panut Kittipanuwong and Atsadawut Jangkot unable to make it count, it was Indonesia who went ahead in the 13th minute when Firman Ardiansyah capitalised on a defensive lapse for Holypaul Septinus to score.

A flurry of yellow cards would follow into the second half and in the 25th minute, Indonesia doubled their advantage when Syauqi Saud ran down the right for a short pass that saw a fine finish from Ardiansyah.

Thailand’s gamble with the power play would pay handsomely when Krit Aransanyalak scored the first goal at the start of the last minute of play before Muhammad Osamanmusa then drove the equaliser with just 25 seconds left on the clock.

With the extra-time unable to deliver the winning goal except for more yellow cards and a red for Holypaul, the penalty shootout saw Thailand keeping their nerves intact to win it 5-3 and deliver them their 16th ASEAN crown and ninth title in a row.

“It is heartbreaking, really. We played well for the most part up until the last minute of play when we lose focus and conceded the two goals. But Futsal is all about learning and the players will learn from this,” added Indonesia head coach Muhammad Hashemzadeh. 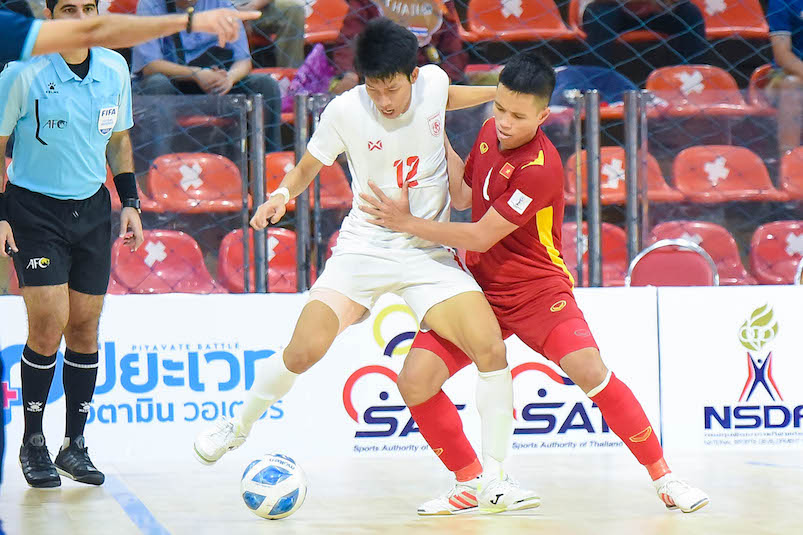 In the meantime, Vietnam took the third spot in the competition this year after beating Myanmar 4-1 in the penalty shootout to also win a place in the AFC Futsal Asian Cup in Kuwait later in September.

The score at the end of regulation was 1-1 with Thinh Nhat’s 29th minute lead being cancelled out by Myanmar’s Khin Zaw Lin right at the end.