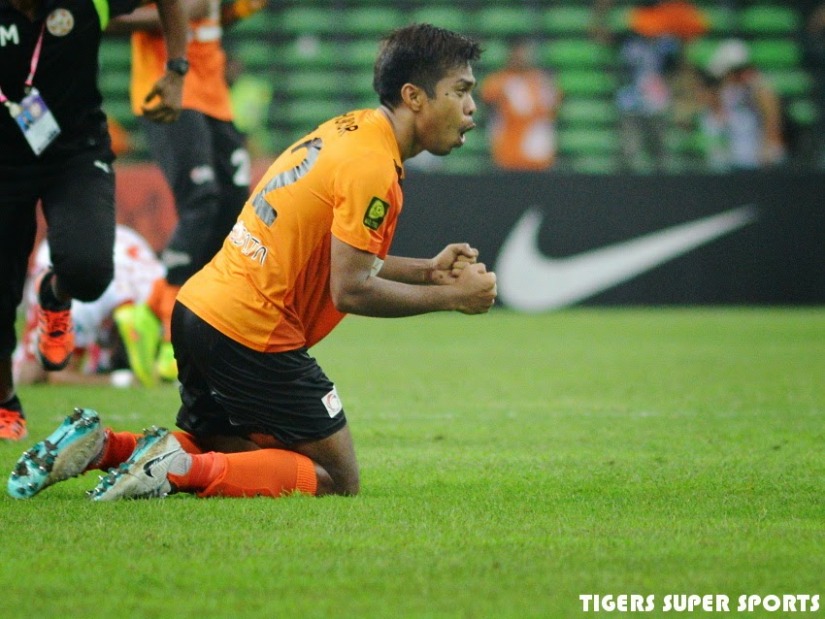 # Sarawak beaten 2-0 by T-Team in Kuching

Felda United’s Malacca-born skipper Shukor Adan destroyed his home state with the winner late in the match in his team’s 1-0 win in a Group D Malaysia Cup match at the Hang Jebat Stadium in Malacca on Friday.

The former international struck in the 88th minute to head home a corner kick by Syahid Zaidon. The Malacca backline left a big gap to allow Shukor to move in for the killer header that sailed into the net as substitute goalkeeper Syazwan Yusoff was caught rooted at the far post.

Malacca United, the 100PLUS Premier League leaders, had earlier lost first choice goalkeeper Ahmad Solehin Mamat in the 70th minute through injury when Felda danger-man Forkey Doe clattered into him in a one to one situation.

“It is unlucky we lost. Still I am proud of my players who gave their all in a tough match. A lapse in concentration and some loose marking in defense led to Felda’s goal that should not have happened,” said Malacca United chief coach Mat Zan Aris.

The win kept Felda United at the top of the group with six points from two wins after three matches. For Malacca United it was their second defeat in a row in the Malaysia Cup after the 3-2 defeat to Negri Sembilan in Paroi last week.

Meanwhile, two matches were played in Group A with Kedah keeping their unbeaten record after three matches with a scoreless draw against 100PLUS Premier League side JDT II at the Darulaman Stadium in Alor Setar.

The draw gave the Red Eagles seven points while bottom-placed T-Team pulled off a surprise 2-0 win over Sarawak at the State Stadium in Kuching and move into second place with four points to rekindle their quarter-final hopes with a top two finish. JDT are third with three points from three draws and Sarawak at the bottom with only one point.

T-Team scored both their goals through Patrick Dos Santos in the 69th and 90th minutes.