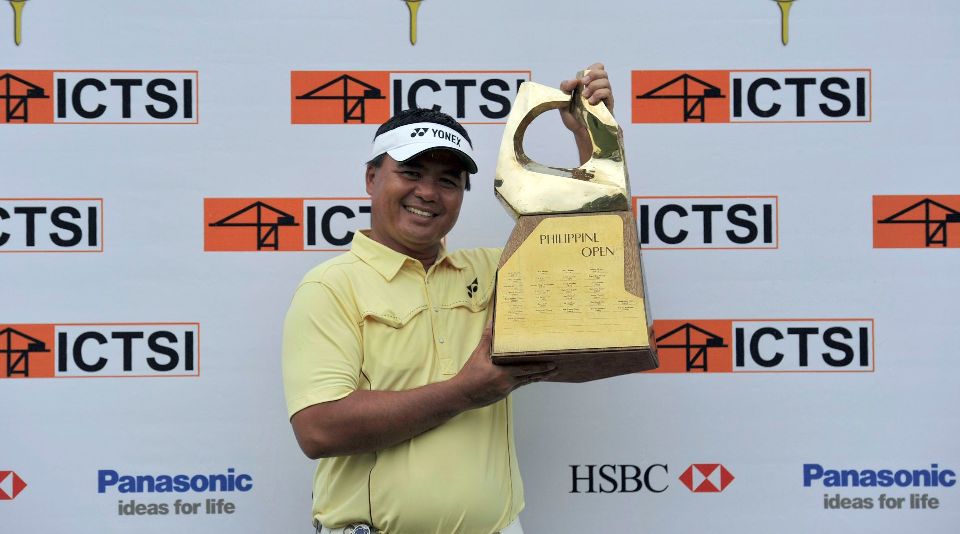 THE ICTSI Philippine Open, Asia’s oldest national championship, will make  a welcome return onto the Asian Tour Schedule from May 15-18, officials  announced today.

Following a one-year lapse, the storied tournament will be played at its  traditional home, the Wack Wack Golf and Country Club with the International Container Terminal Services Inc. (ICTSI) taking up the event’s title sponsorship.

A prize fund of US$300,000 will be on offer to the region’s top players with Singapore’s Mardan Mamat, who won the 2012 edition by five shots, set to defend his crown.

EurAsia Cup heroes Siddikur Rahman of Bangladesh, Malaysia’s Nicholas Fung and Thailand’s Prayad Marksaeng, who helped Team Asia earn a deserving draw with Europe in the inaugural EurAsia Cup presented by DRB-HICOM last month, are expected to tee up in the ICTSI Philippine Open along with Filipino stars Angelo Que and Miguel Tabuena.

ICTSI, which is in the business of acquiring, developing and operating container ports and terminals worldwide, will title sponsor the Philippine Open for a third time. It is already a strong supporter of the domestic Philippine circuit and also sponsors numerous Filipino players, including local hero Que.

Enrique K. Razon Jr., ICTSI Chairman and President, said: “We are honoured to have the opportunity to title sponsor our national Championship, which holds great tradition and prestige on the international golfing calendar. Through our partnership with the Asian Tour, we will have the privilege to assemble a collection of the finest stars from across the region which will ensure a very successful ICTSI Philippine Open.

“ICTSI remains committed towards the development of professional golf in the Philippines, as seen through our active involvement with the domestic golf tour, and also across the region and we hope the ICTSI Philippine Open will inspire our local players to excel and win our national Open.”

Tommy Manotoc, President of the National Golf Association of Philippines, said: “The NGAP is looking forward to the staging of the 97th Philippine Open in May and we would like to express our gratitude to ICTSI for its sponsorship of our championship. We also look forward to working closely with the Asian Tour to ensure the Philippine Open continues to feature prominently on the international golfing calendar.”

Asian Tour Chairman Kyi Hla Han welcomed the return of the ICTSI Philippine Open, saying Asia’s oldest national championship remains as one of the most sough-after titles amongst the elite golfers in the region.

Past winners of the Philippine Open include Australia’s Peter Thomson, Lu Lian-huang and Hsieh Min-nan of Chinese Taipei and Filipino stars Frankie Minoza and Que.

“On behalf of our players, we look forward to return to the ICTSI Philippine Open. The Asian Tour continues to provide the best career opportunities for players in the region including from the Philippines and I would also like to thank the ICTSI for its support towards the Open,” said Han.