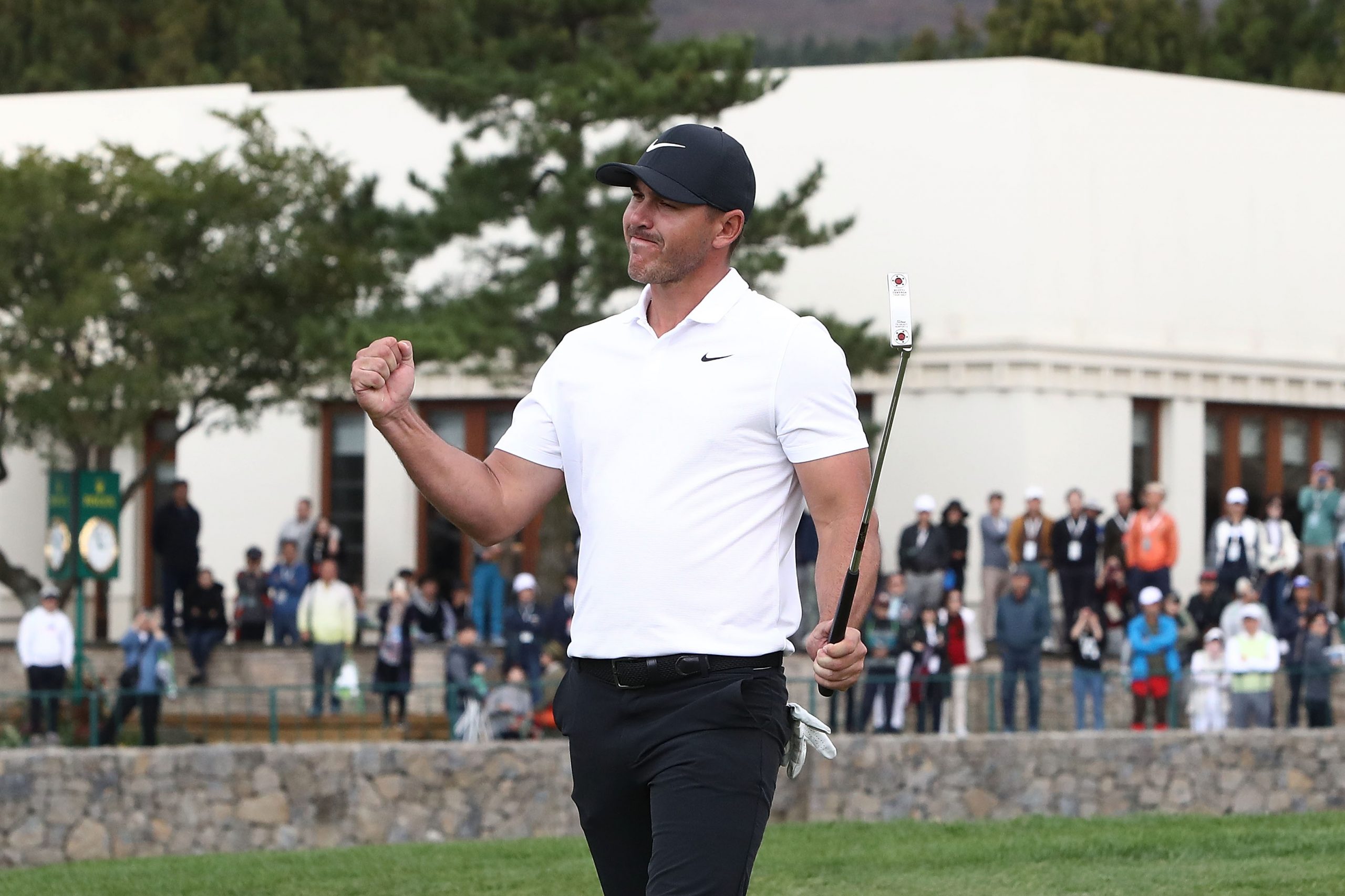 Koepka, who won THE CJ CUP @ NINE BRIDGES in 2018 which vaulted him to World No. 1 for the first time in his career, will make a return to competition at the US$9.75 million showpiece after taking an eight-week break to recuperate from injury.

He will be joined at Shadow Creek by fellow major winners, Morikawa, who secured his first major title at the PGA Championship in August, and Woodland, the 2019 U.S. Open winner and runner-up at THE CJ CUP @ NINE BRIDGES in 2018. Schauffele, who has finished in the top-3 of the FedExCup standings in three of the past four seasons, will make his third appearance at THE CJ CUP.

Koepka, a seven-time PGA TOUR winner and holder of four major titles, has not played since the Wyndham Championship on August 14. He qualified for the FedExCup Playoffs but withdrew from THE NORTHERN TRUST, the first of three Playoffs events. During the 2019-20 Season, he featured in 13 tournaments and enjoyed two top-10s, including a tie for second place at the World Golf Championships-FedEx St. Jude Invitational.

“I’m excited to get back out there at next week’s THE CJ CUP @ SHADOW CREEK. It’s been a challenging but productive two months of rehabbing my injury. Looking forward to starting the new season in Vegas! As a past champion, I commend everyone at THE CJ CUP for moving forward with the tournament during this difficult time,” said Koepka.

Morikawa has quickly emerged as one of the PGA TOUR’s rising stars. After enjoying a standout amateur career at University of California, Berkeley, the 23-year-old turned professional in 2019 and needed only six starts to secure his breakthrough on the PGA TOUR by winning the Barracuda Championship. In July, Morikawa claimed a playoff victory over Justin Thomas at the Workday Charity Open before lifting his maiden major title at the PGA Championship.

Since becoming the 2017 PGA TOUR Rookie of the Year following a two-win season, Schauffele, 26, has quickly established himself as one of the leading stars on TOUR with four career victories to date. During the 2019-20 Season, he enjoyed seven top-10s, including three runner-up finishes from 18 starts and missed only one cut. He lost in two playoffs at the World Golf Championships-HSBC Champions and Sentry Tournament of Champions in Hawaii and finished T2 at the FedExCup Playoffs Finale, the TOUR Championship.

The 36-year-old Woodland notched six top-10s during the 2019-20 Season with a best finish of T3 at THE CJ CUP @ NINE BRIDGES in Korea last October where he shot weekend rounds of 65 and 66. The four-time PGA TOUR winner tasted major success with a three-stroke triumph at the U.S. Open at Pebble Beach last year.

The latest commitments strengthen a star-studded line-up at THE CJ CUP @ SHADOW CREEK, with reigning FedExCup champion Dustin Johnson, World No. 2 Jon Rahm, 18-time PGA TOUR winner Rory McIlroy and defending CJ CUP champion Justin Thomas already committed to the tournament, which was moved from Korea to the United States for this year only. Other marquee names in the field include Tommy Fleetwood, Rickie Fowler, Ian Poulter, Justin Rose and Jordan Spieth who each accepted sponsor exemptions.

THE CJ CUP @ SHADOW CREEK will once again feature a 78-man field comprising of the highest ranked player of Korean nationality from the Asian Tour Order of Merit, up to five players designated by the Korean PGA and the top-3 available players of Korean nationality from the Official World Golf Ranking as part of CJ Group’s vision to support the development of professional golf in Korea. The remainder of the field will be made up of the leading players from the 2019-20 FedExCup points list and sponsor exemptions.

The CJ CUP @ SHADOW CREEK will be broadcast on Golf Channel October 15-18 from 5pm to 8pm (ET) and on both JTBC Golf and JTBC Golf & Sports channels in Korea October 16-19 from 3am to 9am KST.

Shadow Creek, built in 1989 by renowned golf architect Tom Fazio, played host to The Match: Tiger vs Phil in 2018, which was a winner-takes-all shootout between PGA TOUR legends Tiger Woods and Phil Mickelson. The exclusive course, owned by MGM Resorts International, is available only to guests of the company’s properties.