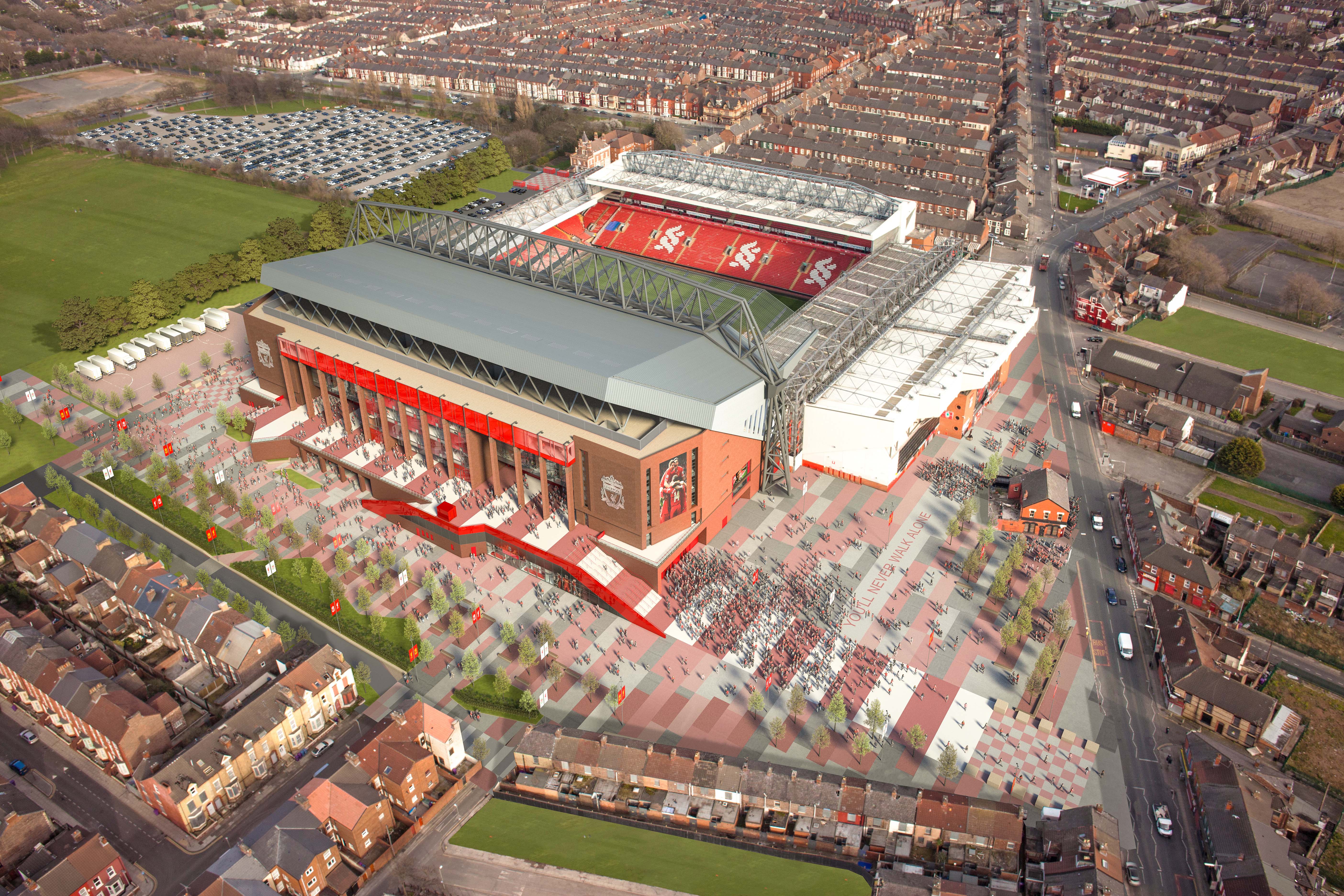 Liverpool confirmed on Thursday that work to expand the Main Stand at their Anfield home will begin next year and be completed during the 2016-17 season.

The five-time European champions will continue to play their matches at Anfield — the club’s home since 1892 — while the work is carried out.

“Today is an important milestone in the history of Liverpool Football Club,” chief executive officer Ian Ayre said in a statement.

“Since we embarked upon this journey we have always said that we need certainty; we now have that certainty and will progress with the expansion of the Main Stand.”

Liverpool captain Steven Gerrard, who has spent his entire career with the Reds, is thankful Anfield will remain his club’s home for the long-term.

“It’s very exciting news that we have finally got around to extending Anfield. For me, it was all about staying at Anfield,” Gerrard said.

“There have been so many unbelievable nights and memories here, it would have been a shame to leave it all and for this to have become houses or apartments.

“Now that they are going to extend the stadium, it’s going to become even bigger, better and noisier. Hopefully there are many more fantastic memories to come.”

Liverpool have also secured outline planning permission to add around 4,800 seats to the stadium’s Anfield Road Stand, but no timeframe has yet been established for that element of the ground’s redevelopment.

In its current state, Anfield is dwarfed by the stadiums of some of Liverpool’s main rivals, such as Manchester United’s Old Trafford (75,731 capacity) and Arsenal’s Emirates Stadium (60,338).

As a result, whereas United generated £127 million in match-day revenue during the 2012-13 season, Liverpool’s equivalent income was £52 million, according to financial analysts Deloitte. – Agence France-Presse