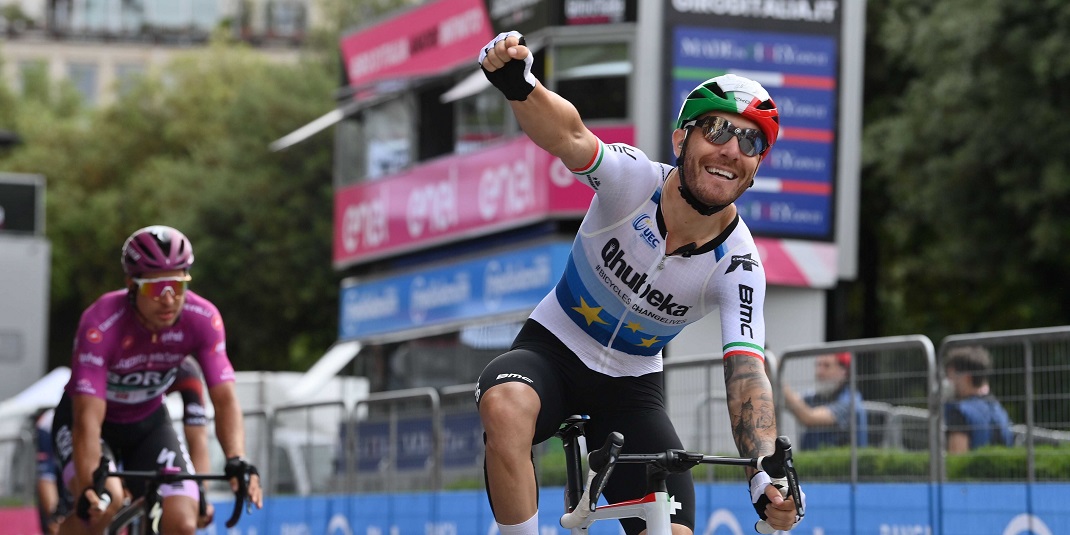 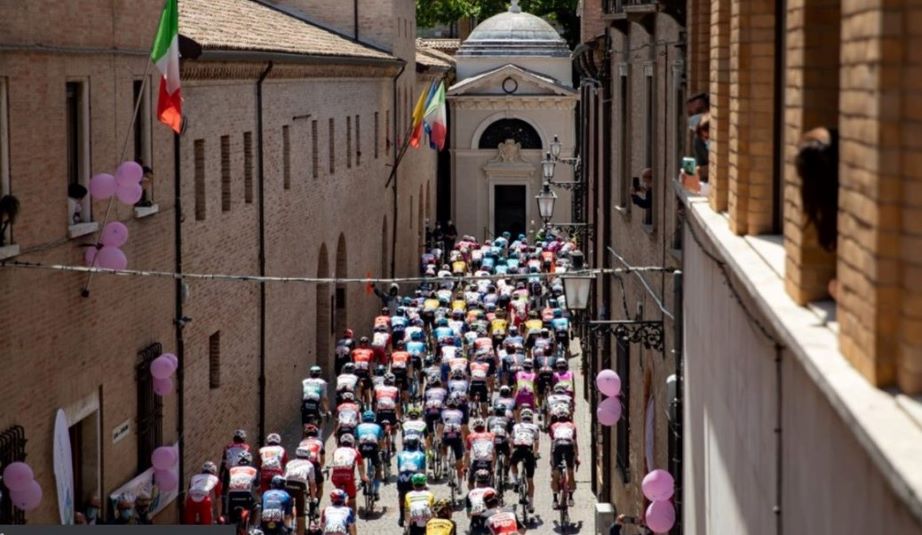 Giacomo Nizzolo claimed his first stage victory at the Giro d’Italia at the age of 32 after 16 unsuccessful top 3 placings at the race. After breakaway riders Simon Pellaud, Samuele Rivi and Umberto Marengo were reeled in with 7km to go, the Italian and European champion took the stage win in the home town of Elia Viviani, who crossed the line in ninth position under the Porta Nuova in Verona.

Nizzolo latched onto the slipstream of Edoardo Affini, who tried to preempt the bunch sprint and attack early but only managed to finish second. Peter Sagan rounded out the podium and retained the Maglia Ciclamino. In the fight for the general classification, Egan Bernal comfortably remained in the Maglia Rosa ahead of tomorrow’s much anticipated Monte Zoncolan summit finish.

Quotes from the stage winner and the Maglia Rosa

First stage win at the Giro for Giacomo Nizzolo, who now no longer holds the record for the most top 3 stage finishes without ever winning (16). This record now passes to Pietro Rimoldi (14).

It’s the second time that Edoardo Affini has finished second at this year’s race. Affini was the fastest finisher behind his compatriot Filippo Ganna in the inaugural time trial in Turin.

With Egan Bernal’s fifth Maglia Rosa, Colombia can now boast a total of 20 days in the lead of the Giro d’Italia. Only Nairo Quintana has more than Bernal: 9.

Speaking at the press conference, the stage winner Giacomo Nizzolo said: “I confirm that this win gives a lot of meaning to my career. For sure, looking back at the stage to Turin [in 2016], I felt it belonged to me but the judges decided otherwise. On several occasions I thought I could have won and I made mistakes but I knew I had the potential to win at the Giro d’Italia as well as elsewhere. Today it wasn’t the most suitable finish for me. I prefer the technical finales. Edoardo Affini was my point of reference for this 3km straight line at the finish. As he moved to the right side, I reacted. I took the risk of losing in order to win.”

The Maglia Rosa Egan Bernal said: “It would have been better to stay in bed in terms of recovering from previous stages but I recovered a bit today as it was a quiet day. Everyone wanted this kind of a stage scenario today. In my opinion, the Giro still has a long way to go. I have a little bit of an advantage but everything can happen in this race. It’s necessary to keep my feet on the ground. I have to stay calm to not lose the top spot. I just know about the Monte Zoncolan that anyone who’s got the legs can make a difference in the last 3km.”