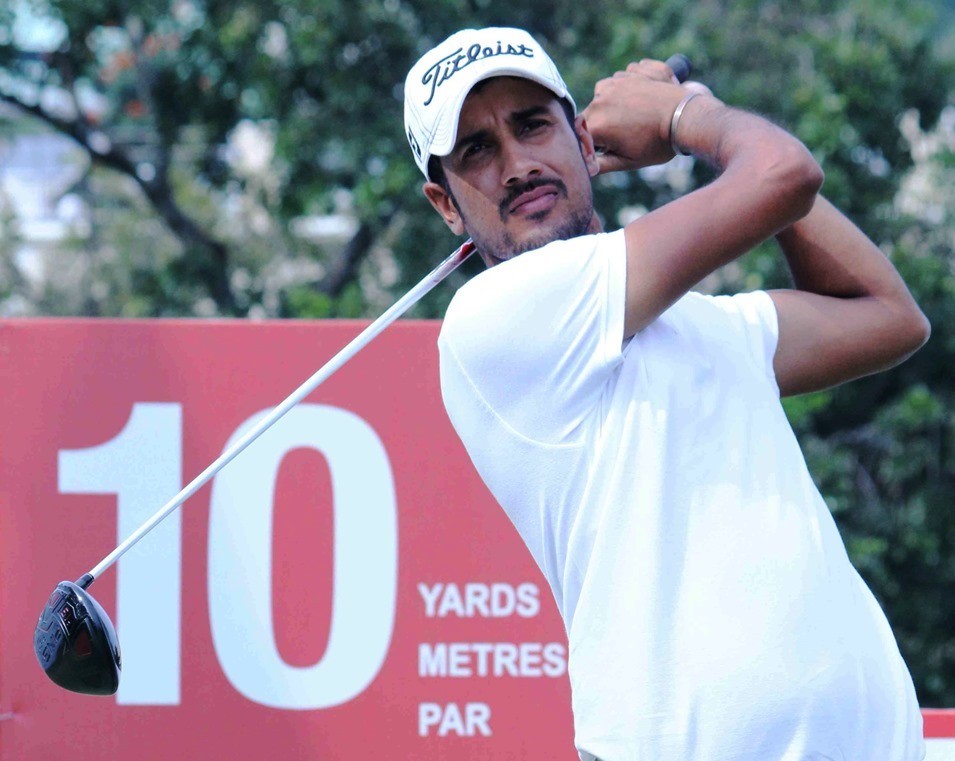 India’s Abhishek Jha stood on the verge of his maiden breakthrough on the Asian Development Tour (ADT) when he extended his overnight lead to six shots with a third round seven-under-par 65 at the inaugural TAKE Solutions India Masters on Friday.

Jha, who has never held the lead heading into the final two rounds prior to this week’s US$70,000 ADT event, was in confident mood after he returned with a three-day total of 19-under-par 197.

Compatriot R. Murthy and first round leader S. Chikka shared second place on 203 while ADT regulars Niall Turner of Ireland and Sweden’s Nils Floren are among the five players bunched in equal fourth place on 207 at the Eagleton Golf Resort in Bengaluru.

Jha displayed the form that led him to the Emerging Player of the Year title on the Professional Golf Tour of India (PGTI) in 2010 when he got off steadily with six straight pars before making two birdies in three holes to turn in 34.

His round then came alive with an eagle-three on 10 before surging ahead with another birdie on 11.

Jha dropped a shot on 12 but another eagle on 15 limited the damage and he raced clear of the chasing pack after another birdie on 17.

‘It’s a great feeling to be leading into the final round as I’ve never been in this position before. I’m not nervous as I came into this week without much expectation and to be able to play like what I’ve done for the past three days is a real bonus,” said Jha.

Despite his huge advantage, Jha will have to be wary of his closest rivals especially fellow compatriot Murthy who surmounted a late challenge by firing five birdies on the trot in his last five holes to lurk precariously.

The early signs were already showing for the 37-year-old when he enjoyed a flawless outward-nine that was highlighted with birdies on five and seven. After marking his card with another birdie on 10, he went on fire starting from the par-three 14.

“When I woke up this morning, I had a good feeling that I was going to do well. And true enough, the results showed. It was an amazing feeling, especially those last five holes where everything went right for me,” said Murthy.

Meanwhile Chikka will be looking to finish in a similar position as the first day where he took the opening round lead.

“I hope to play the way I did in the first round and get back to the top. I’ve been unlucky the last two rounds especially with my putting where I missed several short putts. There’s still everything to play for in the last round and I’m ready,” said Chikka.