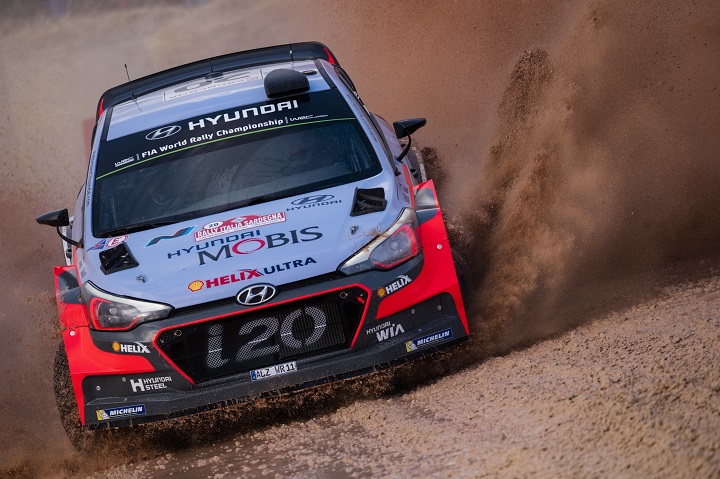 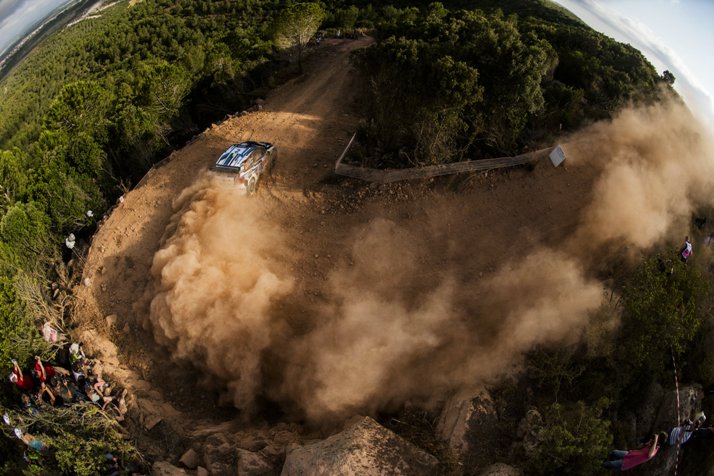 A rejuvenated Thierry Neuville banished memories of a torrid start to the season to lead Rally Italia Sardegna on Friday night after an enthralling duel with Jari-Matti Latvala.

The lead changed hands on every rough road speed test as the pair fought tooth and nail in intense heat. Neuville eventually eased ahead in late afternoon to eke out an 11.1sec advantage in his Hyundai i20 as Latvala fought handling issues.

Neuville scored points only twice in the opening five WRC rounds, but he and Latvala were aided by good grip on roads cleaned of slippery dry gravel by those ahead in the start order.

Latvala and championship leader Sébastien Ogier swapped the lead during the morning but Latvala ended the four stages eight-tenths of a second ahead of Neuville. They traded top spot this afternoon before fastest time in the final two stages enabled Neuville to pull clear.

“I think everyone is happy to see us back in front,” said Neuville. “I was helped by the cleaner roads, it increased our confidence, and I hope we can continue in the same rhythm tomorrow. We had many issues at the end of last year and this year and it’s well-deserved.”

Latvala battled an understeering Volkswagen Polo R, but still won two stages compared to Neuville’s four. “I can’t get out of the corners properly and the car is difficult to drive. It got worse in the afternoon. I couldn’t attack and the tyres were wearing,” he said.

Road opener Ogier gambled with soft compound Michelin tyres when temperatures were cooler this morning to try to improve grip on the slippery gravel. He held the leading duo in check but slipped back this afternoon to end 40.3sec off the lead.

Andreas Mikkelsen overhauled Mads Østberg in the final stage to grab fourth by 1.0sec in his Polo R, Østberg’s decision to carry two spare wheels this afternoon upsetting the balance of his Ford Fiesta RS. Dani Sordo completed the top six, a further 20.1sec behind.

Hayden Paddon rolled heavily down a hillside into retirement, Eric Camilli dropped several minutes with a broken rear differential and Kevin Abbring struggled all morning in two-wheel drive when the propshaft broke on his Hyundai i20 before the opening stage.

Saturday’s marathon leg comprises more than half the rally’s distance. After a 05.30 start, drivers tackle three stages near Budduso, which are repeated in the afternoon after service. The last test of each loop is the classic 44.26km Monte Lerno, featuring the spectacular Micky’s Jump.