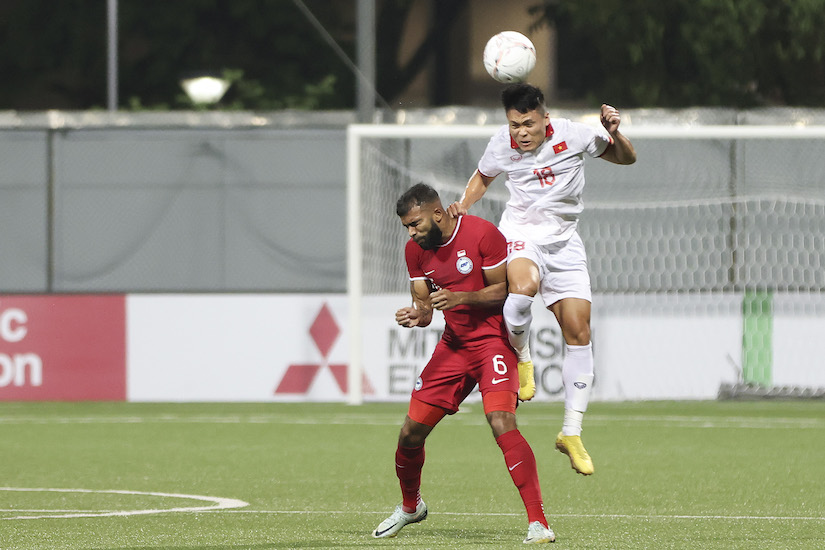 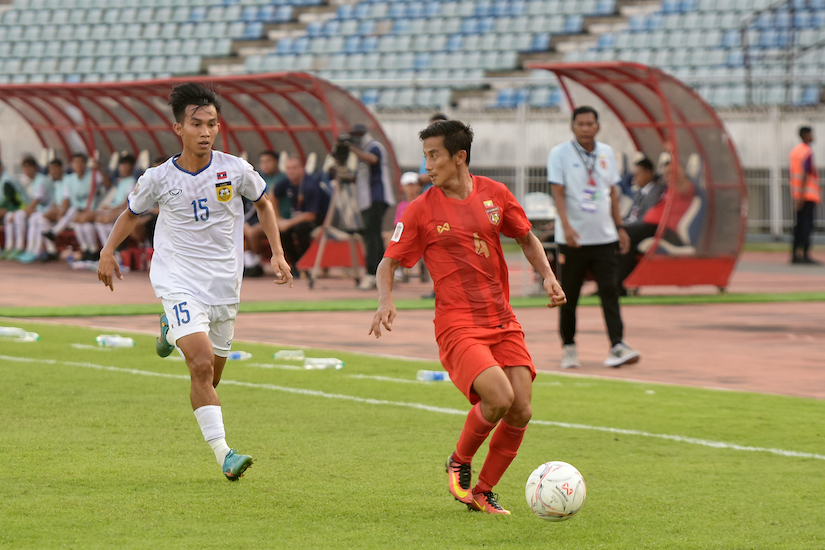 Singapore gained a certain advantage for a place in the next round when they held Vietnam to a 0-0 draw in a Group B tie of the AFF Mitsubishi Electric Cup 2022 at the Jalan Besar Stadium.

With the shared point on the night, Vietnam (7 points) are still at the top of Group B as Singapore (7 points) moved up to second and Malaysia third (6 points) heading into the final round of matches on 3 January 2023.

Myanmar and Laos are fourth and fifth respectively following their 2-2 draw at the Thuwunna Stadium in Yangon.

At the Jalan Besar Stadium, Vietnam had the lion’s share of the possession but was unable to make any of their chances count with Nguyen Hoang Duc’s rifling shot right at the end being the closest that they got as the ball went off the woodwork.

Vietnam will take on Myanmar in Hanoi on Tuesday while Singapore will guarantee their place in the semi-finals if they avoid defeat in Kuala Lumpur against Malaysia.

At the Thuwunna Stadium, a late strike from captain Maung Maung Lwin gave Myanmar a hard-fought 2-2 draw against Laos.

While it was Myanmar who created the early chances through Kyaw Min Oo, it was to be Laos who went ahead in the 13th minute when Phoutthavong Sangvilay squared the ball in for the unmarked captain Soukaphone Vongchiengkham to blast the ball in.

It took Myanmar just two minutes to find the equaliser when Hein Zeyar Lin played a short cross for Kyaw Min Oo to place his header beyond the reach of Laos custodian Xaysavath.

Two minutes into the second half and Laos once again put their noses in front with a superb running finish from Ekkamai Ratxachak from the edge of the Myanmar box.

A flurry of chances later saw no change to the score line up until deep in injury time when Maung Maung stepped up for the freekick as he swung to the right of Xaysavath for the well-earned equaliser.