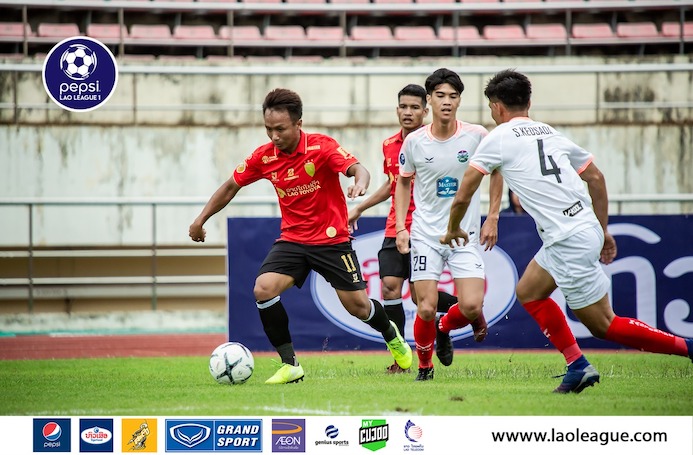 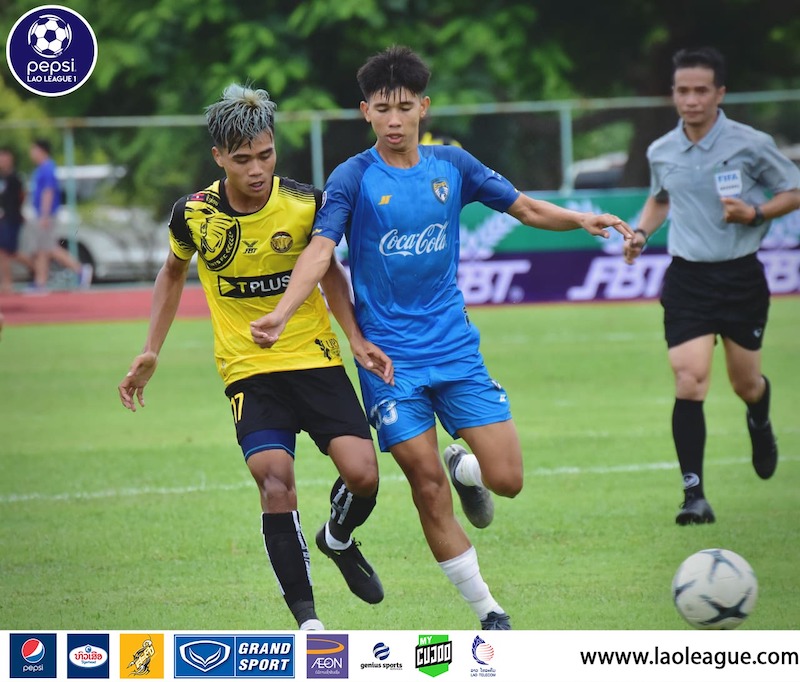 Four-time champions Lao Toyota FC did not have the start they wanted in their first game of the 2020 Pepsi Lao League 1 when they were held to a 1-1 draw by Master 7 FC yesterday.

Held back for much of the first half, Lao Toyota finally carved out the lead through Lo Viphath in the 39th minute as they then played a tight game to frustrate their opponents.

But a determined Master 7 side were not about to slip the points altogether playing at home when Kiengthavesak Xayxanapanya fired in the equaliser deep in injury time.

For the record, Lao Toyota are chasing their fourth title in a row after being crowned champions for the last three years (2017, 2018 and 2019).

They first won the league title in 2015.

In the meantime, Ezra FC and Young Elephants FC had to share the spoils in a tie that had also ended in a 1-1 draw.

It was Ezra who went ahead in the 13th minute through captain Pphathana Phommathep, only for Somxay to draw level for Young Elephants with a 29th minute strike.