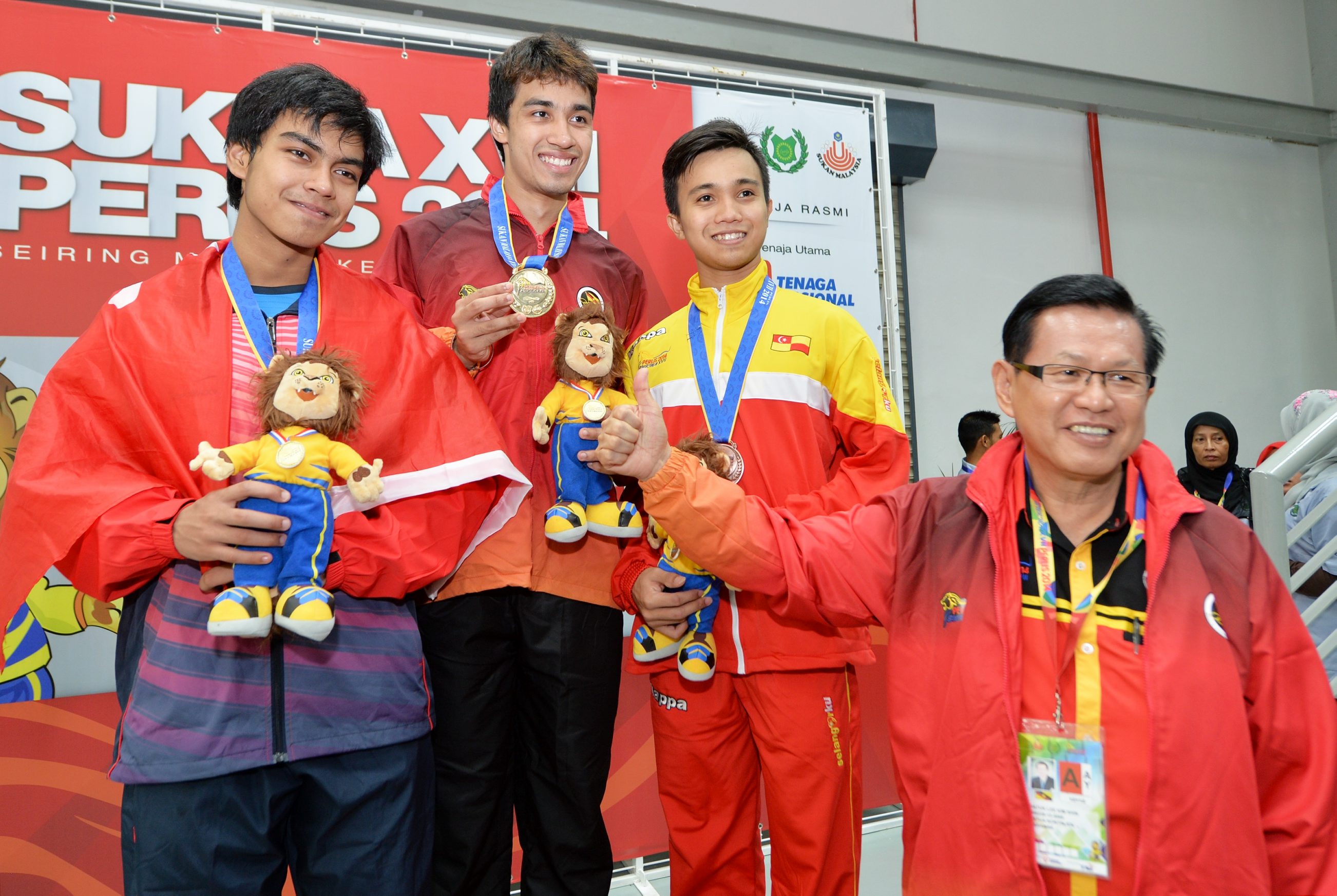 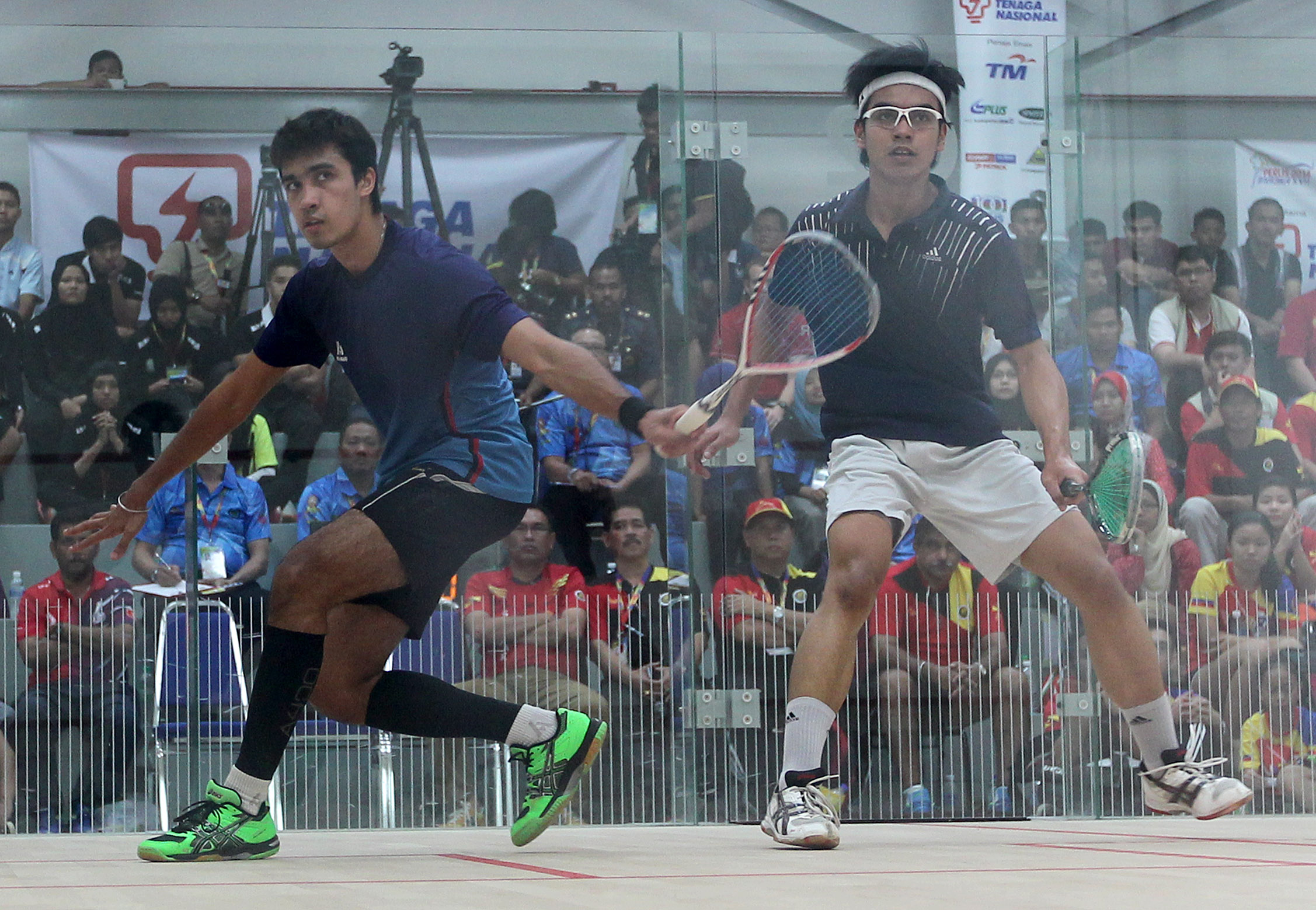 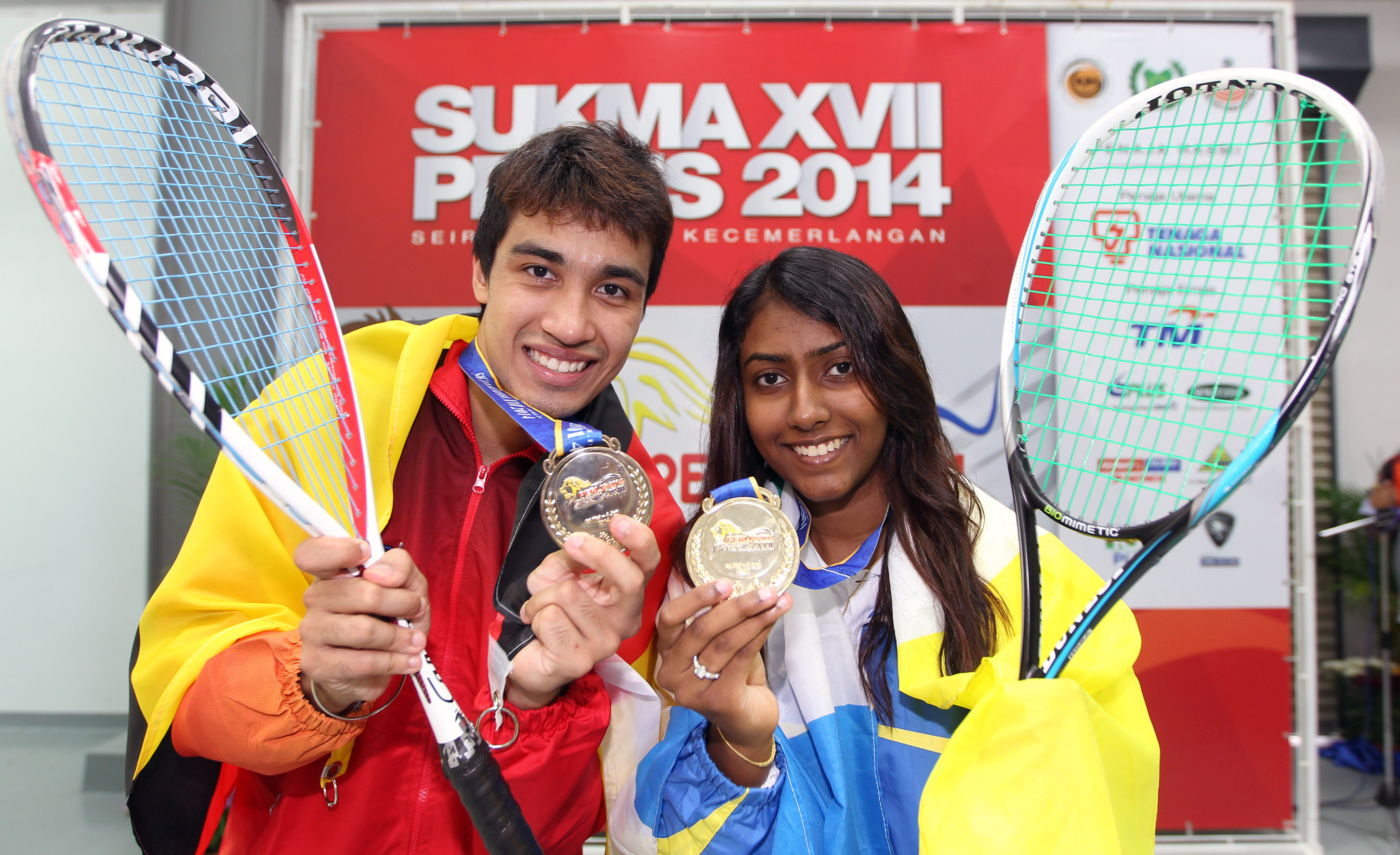 It was celebration time both for Sanjay and Sarawak at the State Sports Complex squash court in Kangar for many reasons.

While Sarawak were celebrating their first gold medal after three days of competition, for second seeded Sanjay it was celebration time after finally striking gold in his last SUKMA.

The gold certainly made up for the disappointment of winning only bronze at the last Games in Pahang in 2012 although he was the top seed.

In Kuantan, Sanjay was leading 2-0 in his semi-final match against Muhamad Zulazri of Selangor but ended up losing the match 3-2.

Sanjay nearly suffered the same fate today but kept his “focus and cool” when the umpire called a “let” instead of awarding him the point which could have sealed the match when he was leading 10-7 in the third set.

Instead, Syafiq (seeded 3/4) went on to win five points in a row to win the set 12-10 and extend Sanjay’s stay on the court longer.

Syafiq, the Kelantan hope had knocked out defending champion and top seed Adden Idrakie of Selangor 11-7, 12-10, 11-4 in the semi-finals.

However, Sanjay took stock of the situation in the fourth game for a 12-10 win and finally win his dream SUKMA gold medal.

“I lost focus after the call which affected by game in the fourth set. But I was not going to let what happened in Kuantan to happen here.

“In 2012 I was the top seed, well prepared and super fit but I could only manage a bronze. I had come here well prepared, fully focused, fully fit and determined to win elusive gold,” said Sanjay, who turned professional in 2012 and will head to New Zealand in mid-June to play in three PSA tournaments.

He will return in mid-July to enrol at University Malaya to study Business Administration.

“I will have to divide my time between studies and squash once I enter the university,” added Sanjay who believes that the team event will be much tougher for Sarawak.

“The present team in Perlis is not as strong as the one we had in Pahang. But we will give our best.”

Meanwhile, Sarawak Assistant Minister of Sports Datuk Lee Kim Shin, who gave away the medals, said with the first gold medal in the bag Sarawak “things should turn out well” for the state in Perlis. 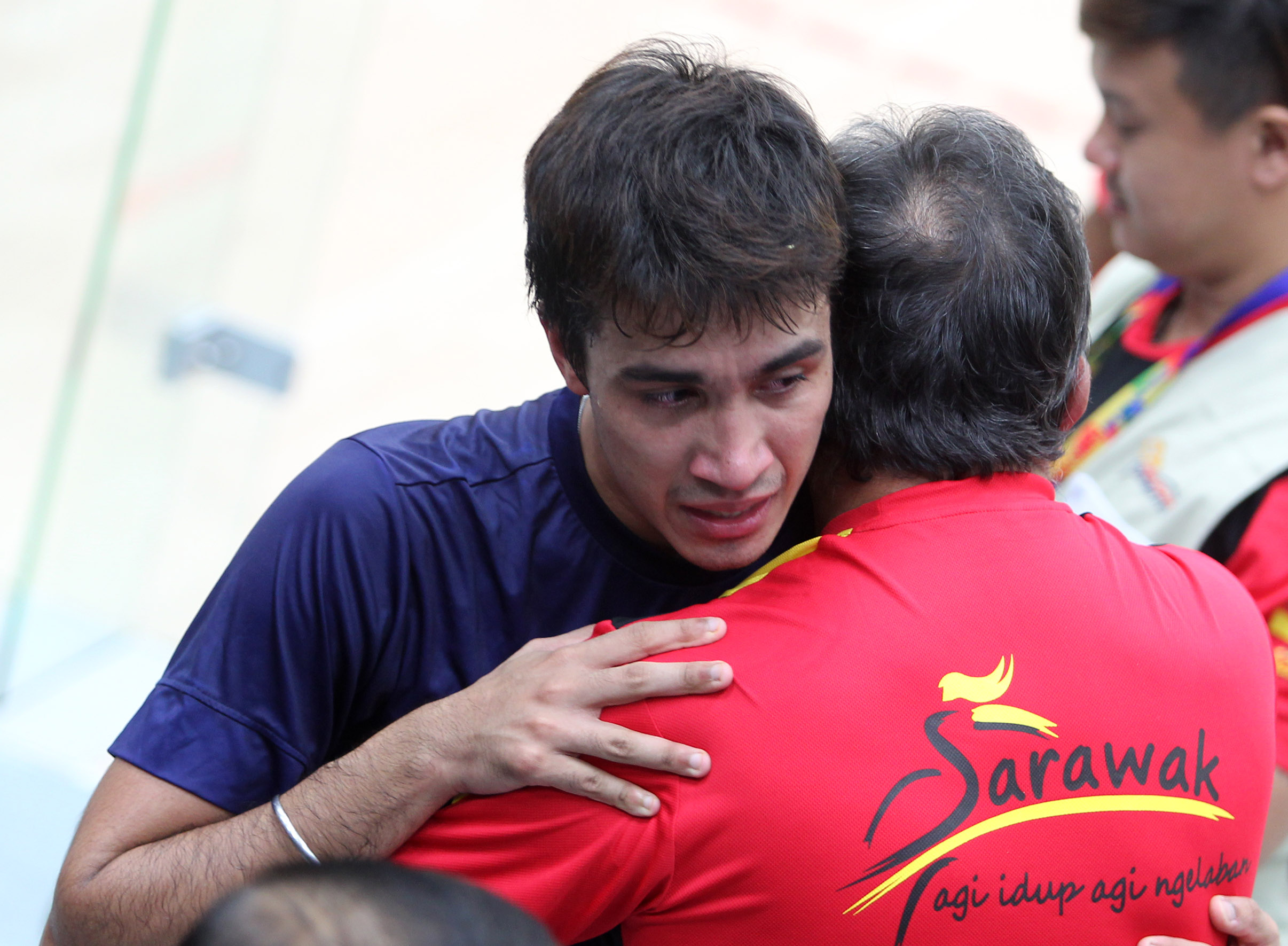