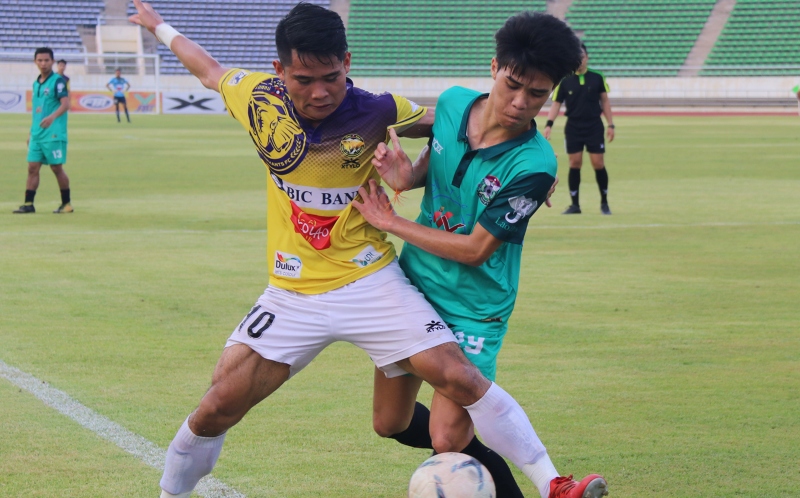 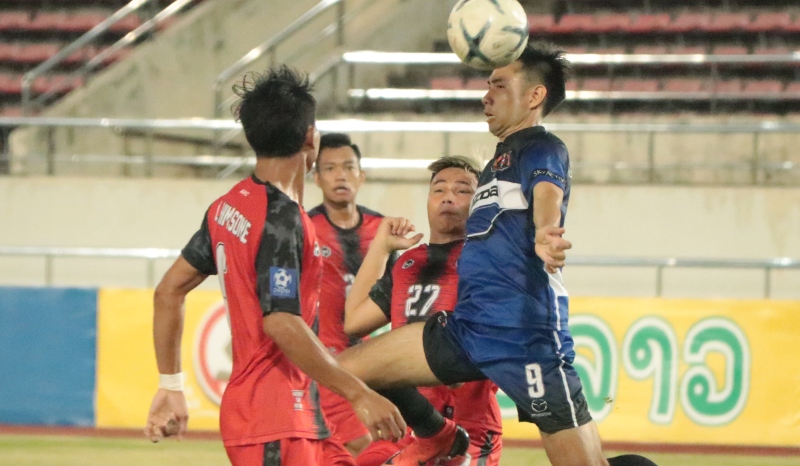 Laos’ Young Elephants are in firm control of the Pepsi Lao Premier League 2019 where after five matches into the new season, they have picked up 11 points so far.

They have won three times and drawn twice – with the latest being the 6-0 thrashing of Evo United.

Second are Police FC with nine points from the same number of games through three wins and two defeats.

On third is Master 7 FC with seven points from six matches played.

Defending champions Lao Toyota FC are fourth with six points but from just two matches played considering their commitment to the AFC Cup 2019. 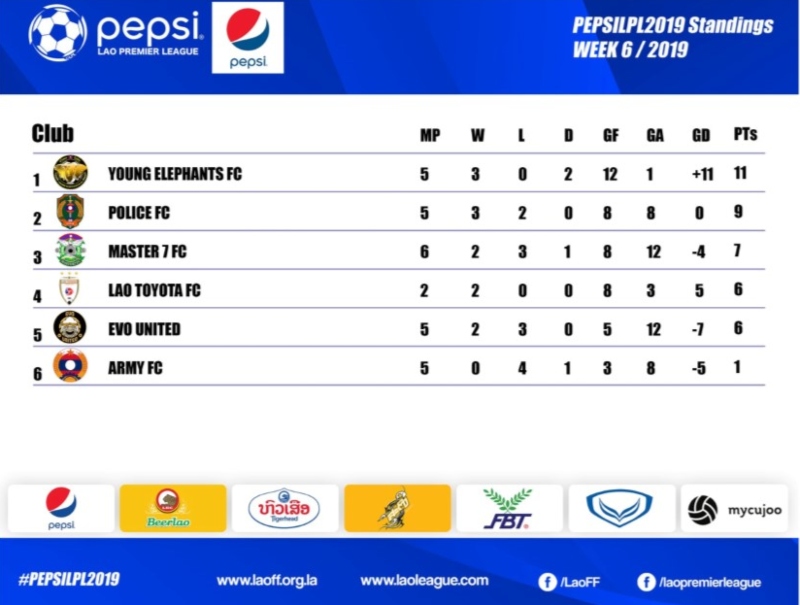