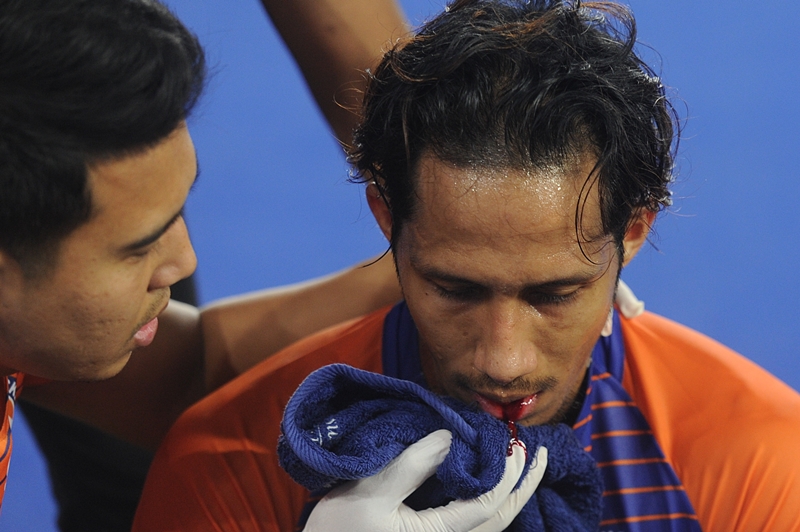 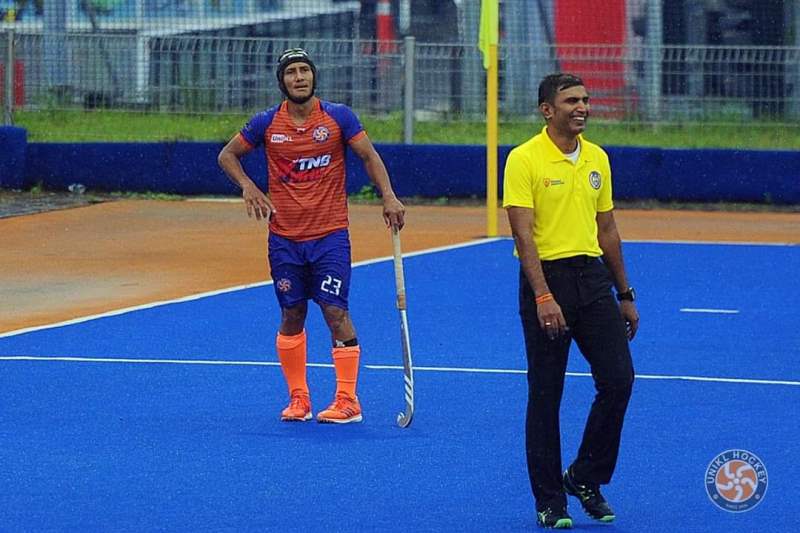 Injuries are inevitable in sports, some life threatening. With those serious injurie to athletes it only makes a return tougher.

But this is not the case of Universiti Kuala Lumpur’s new signing Tengku Ahmad Tajuddin Tengku Abdul Jalil who suffered a cracked jaw in a Premier League match three weeks ago, battled pain as medical experts ‘fixed’ his jaw with advancement in surgery.

Teammates call him big man ‘Zidane” – a moniker that speaks a lot of his mental toughness. Tengku Ahmad Tajuddin’s quick return is among the best comeback stories in sports.

The 34-year-old international surprised teammates and fans when he played against Maybank on Wednesday in a headgear designed for rugby players – defying medical experts to stay away for a couple more weeks, but Tengku Ahmad Tajuddin is a tough nut to crack.

His return was a welcome sign for defending league champions who fought hard against the Tigers until Tengku Ahmad Tajuddin broke the deadlock with the opening goal in the 12th minute. UniKL went on to win 4-2 and catapulted to the top of the table standings with 18 points from six consecutive wins.

“I am perfectly in the right frame of mind to play. It was a bad injury and everyone was concerned. Team manager Dato’ Amir (Azhar Ibrahim), coach Arul and my teammates kept asking me if I was sure I want to play,” said Tengku Ahmad.

“My body and mind tells me I am good to play again. It was a risk but I am Ok. I enjoyed the match against Maybank.”

The National Sports Institute, added Tengku Ahmad Tajuddin, is helping him obtain a custom-made headgear for better protection. It may take a week before he receives it from the manufacturer.

On Friday’s encounter against Tenaga Nasional Berhad, he is confident the match is expected to go to the wire.

“TNB drew 1-1 against Universiti Teknologi MARA. They dropped to second in the standings and will certainly play harder to surprise us. They need the three points to get back on track while we need to win to move on,” he said.

Baljit Singh Charun Singh, the most senior player in UniKL having joined the university team in 2012, and Izwan Firdaus Ahmad Tajuddin were elated to see the international forward return three weeks after suffering a serious injury.

“Personally, I am so glad to see Zidane back. He was remarkable, amazing against Maybank. He was just everywhere on the field like nothing really happened to him!” said Baljit.

Izwan echoed that Tengku Ahmad Tajuddin is a man with nerves of steel and an example of a great athlete.

“He is a very committed player, gives all his best even in times of injury like now. The rugby-like headgear should help him at the moment. I am happy for him and hopes he recovers fast,” said Izwan, who has scored three field goals in the league so far.