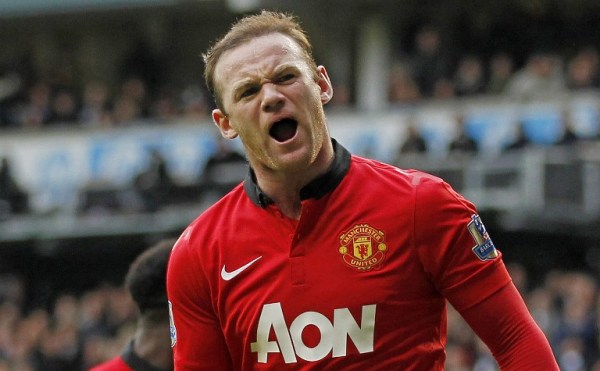 WAYNE ROONEY pledged his long-term future to Manchester United on Friday after signing a blockbuster contract extension with the Premier League champions.

Rooney had just 18 months left on his previous deal and was a transfer target for Chelsea last year, sparking speculation he could leave at the end of this season, but the England striker has agreed to prolong his stay at Old Trafford until June 2019.

“Wayne Rooney has committed his future to Manchester United by signing a four-year contract extension, keeping him at the club until June 2019. Wayne will also become a club ambassador when he retires from the game,” a statement on United’s website announced.

Rooney, who had confirmed the news on his Twitter feed just before United’s official announcement, admitted he was delighted to have finally signed the deal.

The former Everton star also said he is relishing the opportunity to inspire the next generation of United players in his role as one of the team’s senior figures.

“I am made up to be staying at United. In August, I will have been at the club for 10 years and during that time I have played with some fantastic players and won everything that I hoped I would when I first signed,” he said.

“I now have the chance as one of the club’s senior players to help the younger players coming through and to be a part of another great United team.

“The fans have always been a huge part of this club and the support they have given me since my debut against Fenerbahce has been amazing. I am very grateful to all United fans around the world for their continued support.

“I am convinced that this is the start of another successful chapter in Manchester United’s history.”

United manager David Moyes, who gave Rooney his professional debut during their time at Everton, was relieved to secure his striker’s future and confirmed that several clubs had chased Rooney since he took over from Alex Ferguson last year.

Ferguson had revealed last season that Rooney asked for a transfer following a lengthy spell as a bit-part player under the Scot, who was said to be unhappy with Rooney’s failure to keep himself match-fit.

That was the second time Rooney had apparently fallen out of love with life at United.

He also asked for a transfer and publicly questioned whether the club could match his ambitions in 2010, before changing his mind and agreeing to stay.

“I am thrilled that we have got Wayne Rooney to stay,” Moyes said.

“He has been fantastic. Everyone would want him in their team.

Rooney, who arrived from Everton in August 2004, has played 430 games for United, scoring 208 goals, a record which already puts him fourth in the club’s all-time goalscorer list behind Jack Rowley (211), Denis Law (237) and Bobby Charlton (249).