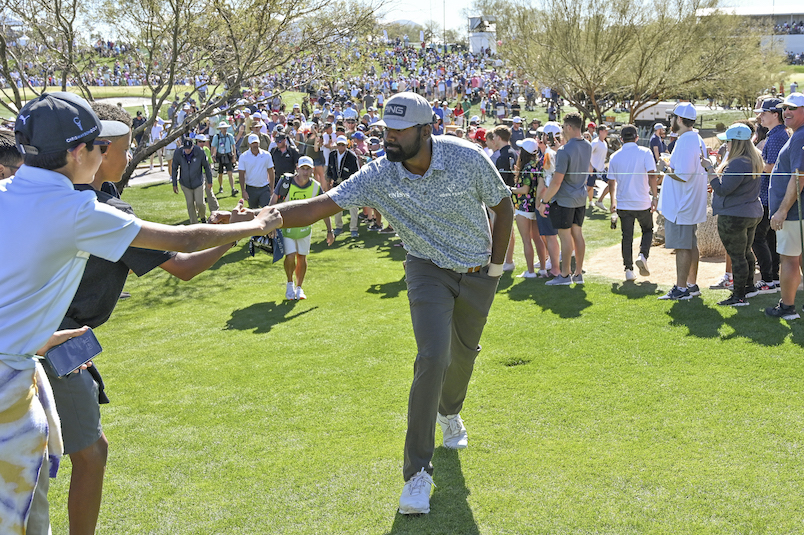 Sahith Theegala met with the media and tried to compose himself. He had just come one shot short of a playoff at the WM Phoenix Open, the killing stroke a tee shot that took a bad bounce into the water at the short, par-4 17th hole, leading to a bogey. His whole family had been here. So had his old coach at Pepperdine, and his coach’s young boys.

“Sorry,” Theegala said as he fought back the tears. The cameras waited. “I thought I hit a great shot on 17,” he said. “It was cutting. As long as it’s another yard right, I think that’s perfect. Kick straight and it’s good. Kicked left into the water there. Then I was worried about the ball – it was such a steep slope,” he continued. “I was worried about the ball kind of rolling back, so I maybe rushed my process just a little bit there and hit a poor chip and hit a poor putt. I just didn’t hit the shots at the right time when it counted, but definitely proud of the way I played this week.”